Until a few years ago, I had no clue what true family trauma was. We had our ups and downs, of course, but, by all accounts, life was good. I had a wonderful job, four kids, a husband, a couple of dogs, and a nice 2-story house in a safe neighborhood. My oldest child was in college a couple hours from home, we had a lot of amazing friends and had close relationships with our extended families. Then our world turned upside down.

While home from college for summer break, my oldest son, Tony, was babysitting for a woman whom he had previously babysat for her child. He had previously babysat and performed other odd jobs around her home. But this was the first and only time that anything sexual occurred between Tony and his employer. The next couple months began the worst time of our lives. She said it was rape. He said it was consensual. There was no evidence of a crime, but she said. He said something different. We learned that “she said” holds a lot more weight. He was held on $100,000 cash only bond despite having no previous criminal record and being a Dean’s list student in college. He remained in county jail until his trial 15 months later. Being the first time in a situation like this, we hired attorneys without doing our homework. He was found guilty by an all-white jury, and he is currently serving 15 years in a maximum-security prison.

My son will be a registered sex offender for the rest of his life for a crime he didn’t commit. Never mind the 15 years of imprisonment that will forever change the trajectory of his adult life. I was afraid of “sex offenders”. I looked at the registry when we moved to our neighborhood to see who we needed to protect our children against. Now I know that he said she said is real. I know that “statutory rape”, which is essentially consensual sex between two teenagers will land you on the registry for life. Peeing in public is apparently unforgiveable. The unfair reasons for registry go on and on.

Men and women who have a felony conviction and have served time in prison have a hell of a time finding jobs, housing, and romantic partners (most of us women tell our girlfriends, “you better Google him”). Tack on a lifetime of registry and so many chances are eliminated for these people who are either wrongfully convicted or are being judged, literally for life in many cases, for the worst thing they’ve ever done.

The least I can do is to try to help a small number of men who, like my own child, are being judged for the worst thing they’ve ever done or have been accused of doing and have so many barriers to overcome. I can’t allow these men to be set up for failure. It’s not right. We can’t help everyone, but we can make a difference for some. That’s what we intend to do. That’s what we must do.

This is not where I saw my life going or where I thought any of my kids would be. However, we are here. We had better do the best we can with the situation we are in. 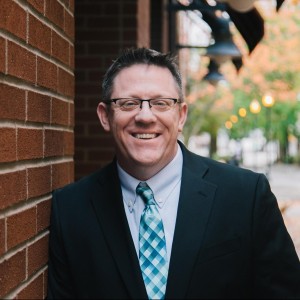 Because I Am A Sex Offender

The Nightmare I Can’t Wake Up From

NextThe Nightmare I Can’t Wake Up FromNext
On Key

Because I Am A Sex Offender

Because I Am A Sex Offender It’s April of 2014. I’ve just turned 30 and I’ve had to leave New York City and move back

The Nightmare I Can’t Wake Up From

A Club I Never Wanted to Join Written by Melissa McFadden, President Until a few years ago, I had no clue what true family trauma